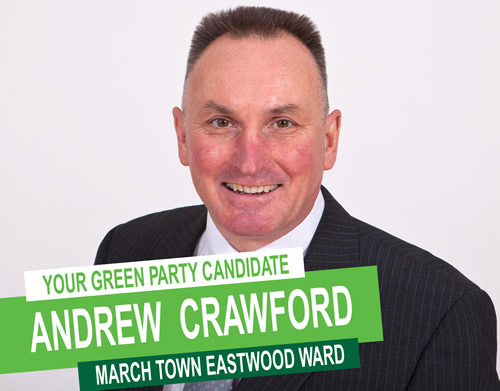 A minimum of 10 electors from the ward were required to request that a by-election takes place. Door knocking in the local ward revealed that there were enough voters in favour of a by-election for it to go ahead.

Our Green Party Candidate is standing on a platform of:

The Green Party won two out of the twelve March Town Council seats in the May 2019 local elections. With this by-election we could bring that number to three, which would mean that the Green Party would make up 25% of the total Town Council. This would put a strong green influence on council decisions.

We urge all registered voters at those addresses to vote on 16 January 2020 and to make their voice heard. We wish all candidates the best of luck in their campaign.